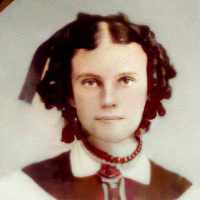 Ellen Burton Beazer - Her history as she told it in her 95th year to granddaughter Laura D. Cahoon

Robert Lamb Burton's Daughter ELLEN BURTON BEAZER History of Ellen Burton Beazer as she told it in her 95th year, to her granddaughter, Laura D. Cahoon: September 21, 1858, the day I was born, th …