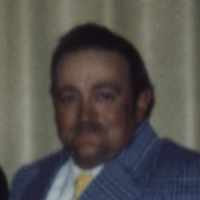 The Life of Merrill Ray

Put your face in a costume from Merrill Ray's homelands.

Galloping Gertie is the reference used to describe the Tacoma Narrows Bridge. It opened on July 1, 1940 four months later it no longer existed. On November 7, 1940 the wind guests came up to 40 miles an hour causing the bridge to twist and vibrate violently before it collapsed into Puget Sound. The only victim of the bridge collapsing was a three-legged paralyzed dog named Tubby whose owner tried to rescue him from the car but he wouldn’t go with him.
1955 · The Civil Rights Movement Begins

Memories of the Peter and Ida Ward family

Written by family members for a 1991 family reunion. Taken from a history compiled by Marcia Ward Wilson. MARGARET: I remember Mother making a yellow cake (not from a mix). She made it in two laye …