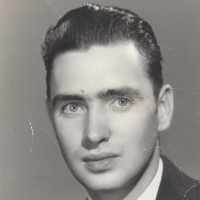 The Life of LeRoy Earl

Put your face in a costume from LeRoy Earl's homelands.

He had a glass eye, and would always show us. he passed when I was 5.