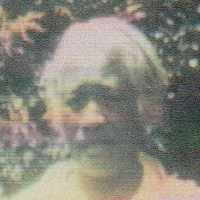 Put your face in a costume from Annie Kahoohie's homelands.

President William McKinley was shot at the Temple of Music, in the Pan-American Exposition, while shaking hands with the public. Leon Czolgosz shot him twice in the abdomen because he thought it was his duty to do so. McKinley died after eight days of watch and care. He was the third American president to be assassinated. After his death, Congress passed legislation to officially make the Secret Service and gave them responsibility for protecting the President at all times.
1 Irish (Ulster): reduced Anglicized form of Gaelic Ó Catháin ‘descendant of Cathán’ ( see O’Kane ). Compare Keane .2 Scottish: reduced form of McKean .3 Jewish (Ashkenazic): altered spelling of Cohen .

My mother Annie was a strong Salvationist. She used to go to the meetings and she was very active in that organization. She was the first girl on Maui to receive her uniform from the Salvation Army. …