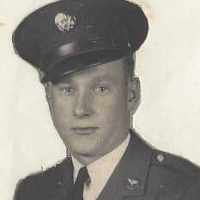 The Life of Russell Valentine

Put your face in a costume from Russell Valentine's homelands.

The Chapman Branch Library is a Carnegie library that was built in 1918 and is now is listed on the National Register of Historic Places.
1934 · Alcatraz Island Becomes Federal Penitentiary

Alcatraz Island officially became Alcatraz Federal Penitentiary on August 11, 1934. The island is situated in the middle of frigid water and strong currents of the San Francisco Bay, which deemed it virtually inescapable. Alcatraz became known as the toughest prison in America and was seen as a “last resort prison.” Therefore, Alcatraz housed some of America’s most notorious prisoners such as Al Capone and Robert Franklin Stroud. Due to the exorbitant cost of running the prison, and the deterioration of the buildings due to salt spray, Alcatraz Island closed as a penitentiary on March 21, 1963.
1945 · George Albert Smith becomes the Prophet