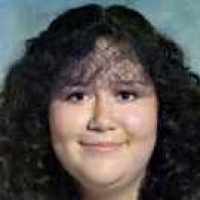 The Life Summary of Teresa Ann

Put your face in a costume from Teresa Ann's homelands.

The Boeing factory in Everett, Washington is where all the Boeing planes are built. It is the largest building in the world at a volume 472,370,319 cu ft and covers 98.7 acres.

Department of Education was organized to guide the schools throughout the United States in what to teach and how to teach it. The Department also collects data on the schools to see where government focus needs to go.