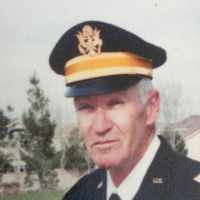 When Dean L Johnson was born on 10 January 1945, in Delta, Millard, Utah, United States, his father, Lloyd B Johnson, was 40 and his mother, Leah Boyington, was 29. He died on 25 January 2010, in Henderson, Clark, Nevada, United States, at the age of 65, and was buried in Arlington National Cemetery, Arlington, Virginia, United States.

Put your face in a costume from Dean L's homelands.

President John F. Kennedy is assassinated in Dallas, Texas.
English and Scottish: patronymic from the personal name John . As an American family name, Johnson has absorbed patronymics and many other derivatives of this name in continental European languages. (For forms, see Hanks and Hodges 1988 .)