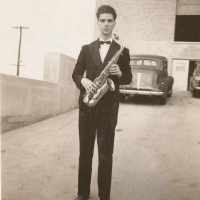 The Life of Rodman

Put your face in a costume from Rodman's homelands.

To end World War I, President Wilson created a list of principles to be used as negotiations for peace among the nations. Known as The Fourteen Points, the principles were outlined in a speech on war aimed toward the idea of peace but most of the Allied forces were skeptical of this Wilsonian idealism.
1919 · The Chicago Race Riot of 1919

During the Chicago race riot, which was raised by racial conflicts throughout Chicago, thirty-eight people died (23 black and 15 white) and over five hundred were injured. It is considered the worst of the approximately 25 riots during the Red Summer and was the worst race riot in Illinois.
1933 · A Century of Progress World's Fair

The city of Chicago was presented another chance to host a World's Fair. It was to commemorate the 100 years of the City's existence.

Since mom worked most weekday evenings and on Saturdays, I often spent time with dad. He was an avid bike rider for several years. Several times I was able to go out on bike rides with him. We rode …