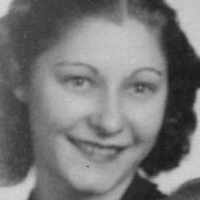 Put your face in a costume from Elizabeth Mae's homelands.

Caused by the tensions between the United States and the Empire of Japan, the internment of Japanese Americans caused many to be forced out of their homes and forcibly relocated into concentration camps in the western states. More than 110,000 Japanese Americans were forced into these camps in fear that some of them were spies for Japan.
1 Scottish and Irish (Ulster): reduced Anglicized form of Gaelic Mac Gille Mhoire (Scots), Mac Giolla Mhuire (Irish), patronymics from personal names meaning ‘servant of (the Virgin) Mary’.2 Irish: in Armagh, reduced Anglicized form of Gaelic Mac Giolla Mhura ‘servant of St. Mura (of Fahan, Donegal)’ or, in Sligo, of Mac Giolla Mhir ‘son of the spirited lad’.