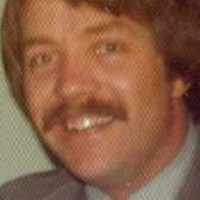 The Life of Bradley Paul

Put your face in a costume from Bradley Paul's homelands.

Ogden was known as the second largest city in Utah during the 1950s, but for most of the residents it was number one. It was just the right size to keep the privacy of the citizens, but was a robust busy city. It was the fastest growing city in Utah after the end of World War II and the Korean War.
1962 · The Cuban Missile Crisis

Back in about 2000, I went to visit my grandmother and grandfather in Simi Valley, CA. I had visited them before, but this was the first trip I was able to spend some real quality time with them. Gett …