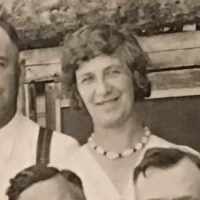 The Life of Allie Joy

Put your face in a costume from Allie Joy's homelands.

A landmark decision of the U.S. Supreme Court upholding the constitutionality of racial segregation laws for public facilities if the segregated facilities were equal in quality. It's widely regarded as one of the worst decisions in U.S. Supreme Court history.
1913 · Franklin County is Formed

Efforts to realign Oneida County became the top priority on the political agenda as the county seat was fifty miles away from Preston. They succeeded in their efforts and the bill to create Franklin County was passed on January 30, 1913.
1918 · Attempting to Stop the War