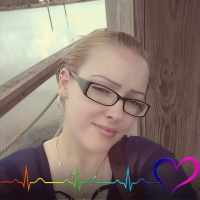 The Life of Peggy Marie

Put your face in a costume from Peggy Marie's homelands.

The Twenty-third Amendment gives the residents in the District of Columbia the right to vote in presidential elections and to give the district electors in the Electoral College.
1961 · The Largest Newspaper in the World

Newspaper Rock State Historic Monument features a rock panel carved with one of the largest known collections of petroglyphs. The 200-square-foot rock is covered by hundreds of petroglyphs. The petroglyphs feature a mixture of human, animal, material and abstract forms. Newspaper Rock was designated a State Historical Monument in 1961 and was added to the National Register of Historic Places in 1976.
1973 · Roe Vs. Wade

A Controversial decision by the United States Supreme Court on the issue of the laws restricting access to abortions.