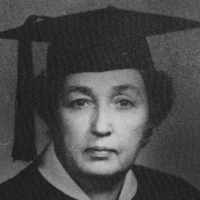 The Life of Eulalia Irene

Put your face in a costume from Eulalia Irene's homelands.

The Logan Library was created to serve the fifty thousand citizens of Logan with the access of over two hundred thousand items for children, teens, students, and adults to check out and learn from. The library also provides several programs that are popular with the community. The library moved to its current location in 2009 and reached a milestone in items checked out in 2012, at over 1 million.
1927

What a misnomer! Grandma's band included her husband, playing the violin, and another man who played the drums. True her daughters performed in the band, as they were all musical. My mother, Doro …