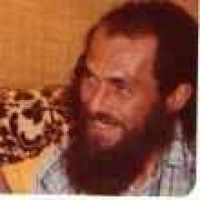 The Life of Larry Michael

When Larry Michael Mangum was born on 18 October 1947, in Salt Lake City, Salt Lake, Utah, United States, his father, Nyle Randolph Mangum, was 22 and his mother, Eva Leota Thomsen, was 25. He married Annette Jordan on 8 October 1971. He lived in World for about 5 years. He died on 16 March 2008, at the age of 60, and was buried in Provo City Cemetery, Provo, Utah, Utah, United States.

Put your face in a costume from Larry Michael's homelands.

The Berlin Blockade was the first major crises of the Cold War. The Soviet Union blocked all access to the sectors of Berlin under Western control and offered to drop the blockade if the newly introduced Deutsche Mark was removed from West Berlin. The Berlin Blockade showed the different ideological and economic visions for postwar Europe. Even though there wasn't any fire fight during the cold war, many of these skirmishes arose and almost caused nuclear war on multiple occasions.
1949 · KSL

The station first aired on June 1, operating out of the Union Pacific Building. It was owned by the Deseret News but originally operated as an affiliate of CBS. A few months after the first broadcast, KSL moved its operations to the Broadcast House. In 1952, a 370-foot transmission tower was constructed on Farnsworth Peak to improve the station's signal coverage along the Wasatch Front. KSL also began to build a massive translator network that stretches across five states and claims the largest signal coverage of any station in the United States. KSL operated as a division of the Deseret News until Bonneville International was formed. Soon afterward, channel 5 began broadcasting its programming in color. In 1984, the station moved its Broadcast House facilities to the Triad Center and on September 10, 1995, KSL-TV became an NBC affiliate. During the 2002 Winter Olympics, KSL-TV was very influential in bringing coverage and technology to NBC.
1964 · The Twenty-Fourth Amendment