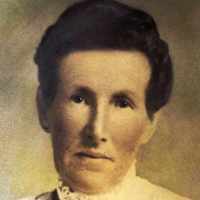 The Life Summary of Marian Elizabeth

Put your face in a costume from Marian Elizabeth's homelands.

Marian Elizabeth Burnside was born at Armadale, Scotland, 29 June 1858. Her parents, John Mason Burnside and Elizabeth Prentice, who were converted to the gospel by the missionaries decided to move to …