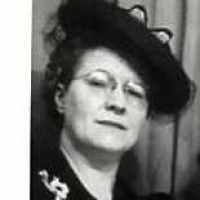 The Life of Ella

Put your face in a costume from Ella's homelands.

After the explosion of the USS Maine in the Havana Harbor in Cuba, the United States engaged the Spanish in war. The war was fought on two fronts, one in Cuba, which helped gain their independence, and in the Philippines, which helped the US gain another territory for a time.
1911

1 Welsh: from the Welsh personal name Meurig, a form of Maurice, Latin Mauritius ( see Morris ).2 English: from an Old French personal name introduced to Britain by the Normans, composed of the Germanic elements meri, mari ‘fame’ + rīc ‘power’.3 Scottish: habitational name from a place near Minigaff in the county of Dumfries and Galloway, so called from Gaelic meurach ‘branch or fork of a road or river’.