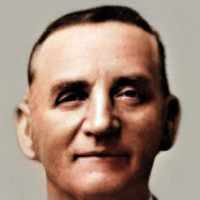 The Life Summary of Frederick Bennin

When Frederick Bennin Goold was born on 10 March 1853, in Abersychan, Monmouthshire, Wales, United Kingdom, his father, Robert Franklin Goold sen, was 30 and his mother, Emma Watts, was 26. He married Sarah Jacobine Wicklund on 20 March 1874, in St. George, Washington, Utah, United States. They were the parents of at least 4 sons and 4 daughters. He lived in Trevethin, Monmouthshire, Wales, United Kingdom in 1861. He died on 8 December 1934, in Monroe, Sevier, Utah, United States, at the age of 81, and was buried in Monroe City Cemetery, Monroe, Sevier, Utah, United States.

Put your face in a costume from Frederick Bennin's homelands.