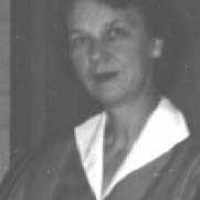 The Life of Pearl Caroline

When Pearl Caroline Dupuy was born on 20 March 1908, in Pearson, Kitsap, Washington, United States, her father, Alonzo Newton Dupuy, was 41 and her mother, Caroline Theresa Huebner, was 33. She married Frank Lester Carruth on 13 February 1930, in Vancouver, British Columbia, Canada. They were the parents of at least 3 sons. She lived in Hillsboro, Washington, Oregon, United States in 1961. She died on 29 September 2007, at the age of 99, and was buried in Portland, Multnomah, Oregon, United States.

Put your face in a costume from Pearl Caroline's homelands.

On November 8, 1910, Washington became the first state to allow women to vote. This event would lead to the long battle by women in all the states to fight for the right to vote. This would happen 10 years later.
1935 · The FBI is Established

Southern French:1. topographic name for someone who lived on or near a hill with a rounded summit, Occitan puy (from Latin podium), with fused preposition and definite article du ‘from the’, or from any of various places called Le Puy. 2. variant spelling of Dupuis 1.