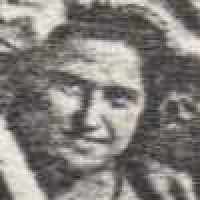 The Life of Dora May

Put your face in a costume from Dora May's homelands.

English: metonymic occupational name for a basket weaver, from Anglo-Norman French banastre ‘basket’ (the result of a Late Latin cross between Gaulish benna and Greek kanistron). The term denoting a stair rail is unconnected with this name; it was not used before the 17th century.