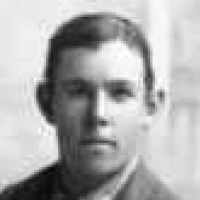 The Life of Aaron Larmon

Put your face in a costume from Aaron Larmon's homelands.

A Pioneer Story –The Little White Church in the Valley by Sister Lillian Newby Arriving in Nyssa in 1908, I was surprised and so glad to meet Brother and Sister Peer wh …