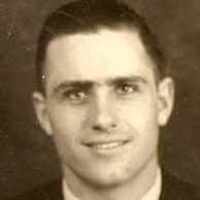 The Life of David Vearl

Put your face in a costume from David Vearl's homelands.

To honor Thomas D. Dee, his wife and her children built a hospital as a memorial to him. Located on 24th Street and Harrison the hospital served the community for 59 years. After it closed its doors in 1969, a new hospital was constructed near 39th street and Harrison in 1971. Located next to another hospital, the two hospitals ultimately merged together bearing both names of McKay, after David O. McKay, and Thomas Dee, to honor the hospital that served the surrounding area for many years. The McKay-Dee Hospital is still in operation but has moved from its original spot.
1919 · The Eighteenth Amendment

English: habitational name from some place named with Old English hnutu ‘nut’ + h(e)alh ‘nook’, ‘recess’. In some cases this may be Nuthall in Nottinghamshire, but the surname is common mainly in Lancashire, and a Lancashire origin is therefore more likely. Nuttall in Bury, Lancashire, was earlier Notehogh, from Old English hnutu + hōh ‘hill-spur’.

My maiden name is Gloria Gay Nuttall. I was born June 6th, 1934, in Park City Utah My father was David Vearl Nuttall and my mother was Hilda Ingrid Sutherland. The family name was Soderlund, but it w …