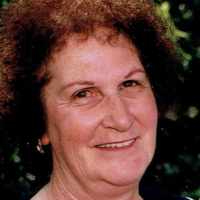 The Life of Judy Allene

When Judy Allene Ingles was born on 6 February 1938, in Salt Lake City, Salt Lake, Utah, United States, her father, Vernal Willard Ingles, was 34 and her mother, Helen Josephine Graziano, was 26. She married Ramon Stewart Rollins on 2 September 1961, in Elko Township, Elko, Nevada, United States. She lived in West Bountiful Election Precinct, Davis, Utah, United States in 1940. She died on 9 November 2010, in Vacaville, Solano, California, United States, at the age of 72.

Put your face in a costume from Judy Allene's homelands.

I miss my grandma! She died so suddenly six years ago. She was generous, very organized (in a hoarder-ish kind of way!!! She was of the generation that they didn't throw much away, but her house in Va …