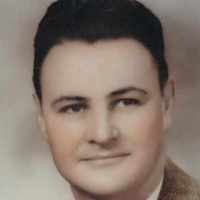 The Life of Robert Bruce

Put your face in a costume from Robert Bruce's homelands.

President Warren G. Harding's visited Utah as part of a broader tour of the western United States designed to bring him closer to the people and their conditions. After Speaking at Liberty Park, the president went to the Hotel Utah where he met with President Heber J. Grant and talked to him about the history of the church.
1933 · Lone Cedar Tree Monument

Scottish: habitational name from Irving in Dumfries and Galloway region, which has the same origin as Irvine , with which it has become inextricably confused.

Memories of my Dad...Written by John Irving and Carolyn Jepson

Yesterday was Dad (or for some Grandpa's) birthday. Dad would have turned 95! He has been gone for 51 years; and was almost 44 years old at the time of his death. While I was only 14 when he died, the …