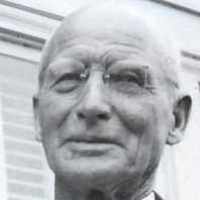 The Life of Clarence Milton

Put your face in a costume from Clarence Milton's homelands.

English (of Norman origin): from a personal name, Hamo(n), which is generally from a continental Germanic name Haimo, a short form of various compound names beginning with haim ‘home’, although it could also be from the Old Norse personal name Hámundr, composed of the elements hár ‘high’ + mund ‘protection’. As an Irish name it is generally an importation from England, but has also been used to represent Hamill 3 and, more rarely, McCammon .