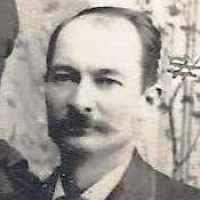 The Life Summary of Samuel Hartlett

Put your face in a costume from Samuel Hartlett's homelands.

LIFE OF MY MOTHER MARY ANN SPRIGGS LEAVER I am writing this to my daughters that they may know my mother as I knew her. Mother was born in Colchester, England, on Jan. 9 1850. She was the fift …