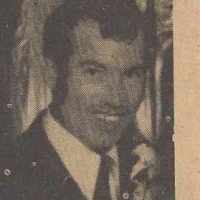 The Life of Jack Garland

Put your face in a costume from Jack Garland's homelands.

The Presidential Succession Act is an act establishing the presidential line of succession. This was a precursor for the Twenty-fifth Amendment which outlines what is to happen when a President is killed, dies, or is unable to fulfill the responsibilities of President.
1949 · 1950s Texas Drought

One of most intense, costly, and devastating droughts ever recorded in the state of Texas. The entire state was in a state of drought by the summer of 1951. Less than 30-50% of the normal rainfall was received during this period. The state was plagued with dust storms similar to those from the infamous Dust Bowl. The drought ended in a destructive manner throughout 1957; storms, hail, tornadoes, and deadly floods.
1954 · Right to Serve on Juries