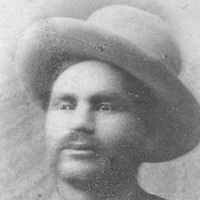 The Life of Alfred Moroni

Put your face in a costume from Alfred Moroni's homelands.

The Battle of Gettysburg involved the largest number of casualties of the entire Civil war and is often described as the war's turning point. Between 46,000 and 51,000 soldiers lost their lives during the three-day Battle. To honor the fallen soldiers, President Abraham Lincoln read his historic Gettysburg Address and helped those listening by redefining the purpose of the war.
1872 · The First National Park

Mary Adeline Higgins was the daughter of Alfred Moroni Higgins and when I was a young boy, Grandmother would tell us that her Father was half Native American from the Cherokee Nation. Alfred's mother …