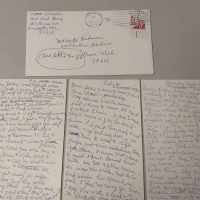 The Life of Agnes Janette

Put your face in a costume from Agnes Janette's homelands.

English (chiefly West Midlands): occupational name denoting the servant (Middle English man) of a man called Hick . According to Reaney and Wilson, Hickman was also used as a medieval personal name. This surname has long been established in Ireland, notably in County Clare. In the U.S., it could be an altered spelling of German Hickmann, a variant of Hick 4.