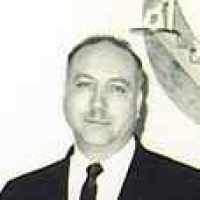 The Life Summary of Ellis Dean

Put your face in a costume from Ellis Dean's homelands.

topographic or occupational name from residence near (or perhaps employment at) an orchard, Middle English orchard (Old English ortgeard, orceard).habitational name from any of the places called Orchard. Those in Devon and Somerset are named from Old English ortgeard, orceard (a compound of wort, wyrt ‘plant’ (later associated with Latin hortus ‘garden’) + geard ‘yard, enclosure’), while East and West Orchard near Shaftesbury in Dorset derive from Primitive Welsh ar ‘beside, in front of, facing’ + ced ‘wood’.rare variant of Scottish Urquhart . Compare Orahood .