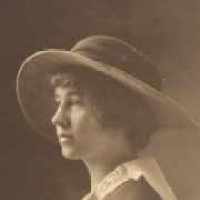 The Life Summary of Berdella

Put your face in a costume from Berdella's homelands.

(This excerpt of Della's history was taken from the Barlow-Tolman “Family Book of Remembrance” compiled by Leondias Devon Mecham, 1953, pp. 327-328. Della’s history was submitted by David Rawlings …