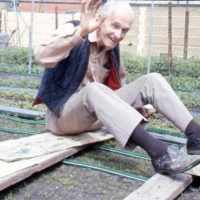 The Life Summary of Orval J

Put your face in a costume from Orval J's homelands.

English (Cornwall): of uncertain origin. There is a Richard Donowe recorded in 1451-64 as a tenant in Manuels, Saint Columb Minor, whose surname appears to be a pet form of an unidentified personal name with the Cornish hypocoristic suffix -ow. Formally this might have become Doney but Donowe itself seems not to have survived, unless it was altered to Downey . However, there is no evidence to suggest any connection of this west Cornwall surname with Doney in central and east Cornwall (Bodmin and Quethiock). Alternatively, perhaps it is a variant of the Devon name Downey , and with the main vowel shortened and lowered, but evidence for this is lacking.Americanized form of French Canadian Daunais or Donais .

BROTHERS OF CORA DONEY WILCOX 26 January 1988 - written by Orval J. Doney for Golden's 80th birthday party spelling, grammar and punctuation are left as in the original He was born on the homest …