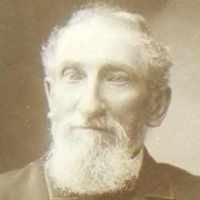 The Life Summary of Willard Gilbert

When Willard Gilbert Smith was born on 9 May 1827, in Amherst Township, Lorain, Ohio, United States, his father, Warren Smith, was 32 and his mother, Amanda Barnes, was 18. He married Huldah Cordelia Thurston on 15 April 1865, in Salt Lake City, Salt Lake, Utah, United States. They were the parents of at least 2 sons and 10 daughters. He lived in Nauvoo, Hancock, Illinois, United States in 1839. He registered for military service in 1848. He died on 21 November 1903, in Logan, Cache, Utah, United States, at the age of 76, and was buried in Milton Cemetery, Milton, Morgan, Utah, United States.

Put your face in a costume from Willard Gilbert's homelands.

Taken from the journal of Warren Barnes Smith, Son of Amanda Barnes Smith and second husband, Warren Smith of Tennessee. This is a story about Uncle Sylvester Smith, uncle to Amanda’s first husband, W …