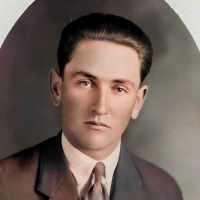 The Life Summary of Alvin Francis

Put your face in a costume from Alvin Francis's homelands.

My grandpa was a farmer and had land in Welling Alberta. He came from pioneer heritage. He was a great speaker. He was the kindest man I have ever know. He never said anything bad about any one.