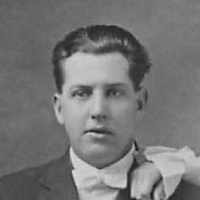 The Life Summary of Irvin Alfred

Put your face in a costume from Irvin Alfred's homelands.

As written by Myrl in her memoir: Melvin was born in this house on his father's birthday, the 31st of October 1919. It was very cold and the snow was about a foot deep. It stayed very cold all wint …