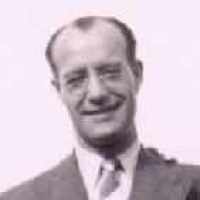 The Life Summary of George Young

Put your face in a costume from George Young's homelands.

Treaty of Vereeniging ends the second Anglo-Boer War. The Transvaal and Orange Free State are made self-governing colonies of the British Empire.

Founding of Afrikaner Broederbond, a secret, exclusively male and white Protestant organization in South Africa dedicated to the advancement of Afrikaner interests.