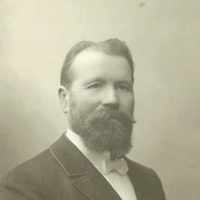 Some characteristic forenames: Scandinavian Erik, Swen, Nels, Selmer, Britt, Helmer, Lars, Eskil, Lennart, Nils, Ordell, Sten.Americanized form (and a rare Swedish variant) of Swedish Svensson or of its rare variant Swensson . This surname is also found in Denmark, northern Germany, and Norway, but it is rare there.Americanized form of Norwegian and Danish Svensen and Svendsen , cognates of 1.

Memories of Swen Swenson by his Grandson Richard Merrill Swenson

Excerpt from Me and My Family by Richard Merrill Swenson, Self Published, 1993. Here Richard records memories of his Grandfather. My grandfather Swen Swenson was born January 4, 1850, in Grodby, Kri …