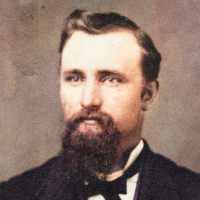 The Life Summary of William Wilson

Put your face in a costume from William Wilson's homelands.

This record is taken from www.orsonprattbrown.com/Fife/WmNicolFife1831-1915.html and was originally compiled and submitted to that website by Lucy Brown Archer. Colonel William Nicol Fife Born …