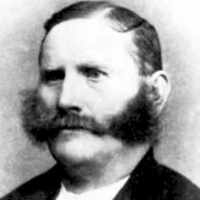 The Life Summary of Jenkin

Put your face in a costume from Jenkin's homelands.

JENKIN JONES Jenkin Jones was born on July 17, 1840 at Park Isha Farm in the Parish of Ystradyfodwg, Glamorgan County, Wales. He was the eldest of six children born to Thomas Jones and Elizabeth (Bett …