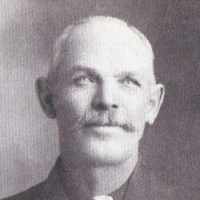 The Life Summary of Joseph Andrew

When Joseph Andrew Nielson was born on 20 February 1860, in Smidstrup, Koldinghus, Denmark, his father, Anders Nielson, was 41 and his mother, Dorthea Hansdatter, was 34. He married Mary Elizabeth Butler on 12 January 1891, in Soda Springs, Caribou, Idaho, United States. They were the parents of at least 7 sons and 6 daughters. He immigrated to Montana, United States in 1867 and lived in Morgan, Morgan, Utah, United States in 1870 and Fort Macleod, Willow Creek No. 26, Alberta, Canada in 1911. He died on 10 January 1940, in Carmangay, Vulcan County, Alberta, Canada, at the age of 79, and was buried in Calgary, Calgary Metropolitan Region, Alberta, Canada.

Put your face in a costume from Joseph Andrew's homelands.