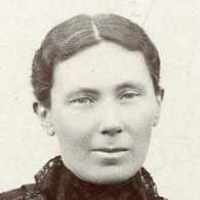 The Life Summary of Marion

When Marion Glen was born on 26 May 1852, in Linlithgow, West Lothian, Scotland, United Kingdom, her father, Walter Marshall Glenn, was 30 and her mother, Elizabeth Stewart, was 20. She married John Crosby Bankhead on 1 December 1880, in Cass, Nebraska, United States. They were the parents of at least 1 son and 4 daughters. She lived in Alberta, Canada in 1916 and Salt Lake City, Salt Lake, Utah, United States in 1930. She died on 7 March 1938, in Cardston, Alberta, Canada, at the age of 85, and was buried in Leavitt, Cardston, Alberta, Canada.

Scottish (central Scotland): habitational name from Glen in Traquair (Peebleshire). The placename is derived from Gaelic gleann ‘glen, valley’.English: habitational name from a place so called in Leicestershire, so named from an Old English word glean ‘glen, valley’ (from Celtic glinn).Jewish (Ashkenazic): presumably an Americanized form of one or more similar (like-sounding) Jewish names.

Marion Glenn was born 26 May 1852 in Scotland to Walter Marshall and Elizabeth McIntosh Glenn.  In 1851 the Mormon missionaries came to their home preaching the restored gospel, and most m …