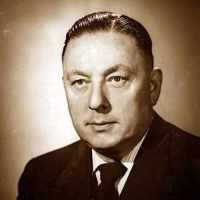 The Life Summary of Matthew

Put your face in a costume from Matthew's homelands.

Dedicatory prayer and prophecy at Cowley home in Preston, Idaho

From talk entitled "Live the Lord's Plan" given by Matthew Cowley in March 1952 at the Portland Stake Conference (from the book "Matthew Cowley Speaks"): Well, we had this beautiful home built in P …