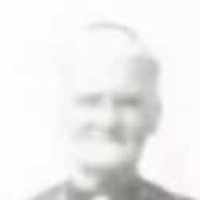 The Life Summary of Lydia Knight

Put your face in a costume from Lydia Knight's homelands.

James Herbert was born 2 Aug 1842 in Mitchel Troy, Monmouth, England to Thomas Rowland Herbert and Esther Lewis. James joined the Church of Jesus Christ of Latter Day Saints in 1852 in England and ca …