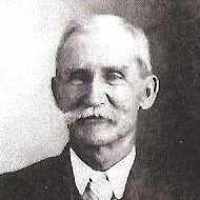 When Thomas Minson was born on 26 July 1841, in Royal Leamington Spa, Warwickshire, England, United Kingdom, his father, John Minson, was 47 and his mother, Ann Baker, was 40. He married Catherine Ward on 14 November 1866, in Cache, Utah, United States. They were the parents of at least 10 sons and 3 daughters. He lived in Cheltenham, Gloucestershire, England, United Kingdom in 1861 and Utah, United States in 1870. He died on 15 January 1920, in Paris, Bear Lake, Idaho, United States, at the age of 78, and was buried in Paris Cemetery, Paris, Bear Lake, Idaho, United States.