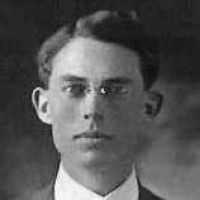 The Life Summary of Willard Augustus

Put your face in a costume from Willard Augustus's homelands.

Scottish: habitational name from the lands of Keith in East Lothian. The placename is derived from British Celtic cait- ‘wood’. In the 17th century numerous bearers of this name settled in Ulster.German: nickname from Middle High German kīt ‘sprout, offspring’.History: George Keith (c. 1638–1716), born at Peterhead, Aberdeenshire, Scotland, came to NJ in or before 1685. In 1689 he settled in Philadelphia, where he became headmaster of the school now called the William Penn Charter School. He came into sharp collision with the Quaker leaders in PA and formed a separatist party known as the Christian Quakers, popularly known as ‘Keithians’.