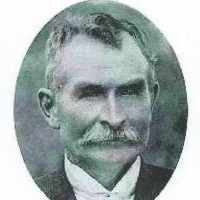 The Life Summary of Alonzo Lorenzo

Put your face in a costume from Alonzo Lorenzo's homelands.

Lorenzo Argyle, the sixth child of Joseph and Jane Finch Argyle, was born in Birmingham, England, October 26th 1852. His parents joined the Latter Day Saints and when he was three and one half y …