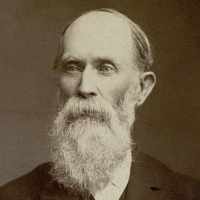 English: from Middle English clerk, clark ‘clerk, cleric, writer’ (Old French clerc; see Clerc ). The original sense was ‘man in a religious order, cleric, clergyman’. As all writing and secretarial work in medieval Christian Europe was normally done by members of the clergy, the term clerk came to mean ‘scholar, secretary, recorder, or penman’ as well as ‘cleric’. As a surname, it was particularly common for one who had taken only minor holy orders. In medieval Christian Europe, clergy in minor orders were permitted to marry and so found families; thus the surname could become established.

Americanized form of Dutch De Klerk or Flemish De Clerck or of variants of these names, and possibly also of French Clerc . Compare Clerk 2 and De Clark .

Put your face in a costume from Ezra Thompson's homelands.