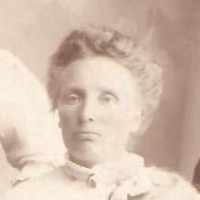 The Life of Amanda Albertine Mathilde

When Amanda Albertine Mathilde Ehlert was born on 1 December 1873, in Palzwitz, Schlawe, Pomerania, Prussia, Germany, her father, Anton Richard Ehlert, was 30 and her mother, Hermine Holdine Regine Stüwe, was 23. She married Franz Reinhold Loose on 29 September 1897, in Sackshöhe, Schlawe, Pomerania, Prussia, Germany. They were the parents of at least 4 sons and 6 daughters. She lived in Alberta, Canada in 1906. She died on 29 October 1934, in Cold Lake, Bonnyville No. 87, Alberta, Canada, at the age of 60, and was buried in Cherry Grove, Bonnyville No. 87, Alberta, Canada.

Put your face in a costume from Amanda Albertine Mathilde's homelands.