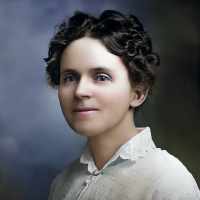 When Armenia Willey was born on 13 September 1881, in Bountiful, Davis, Utah, United States, her father, Parley Pratt Willey, was 26 and her mother, Sarah Jane Pace, was 24. She married William Orme Lee on 6 March 1901, in Davis, Millcreek, Salt Lake, Utah, United States. They were the parents of at least 4 sons and 1 daughter. She immigrated to Babb, Glacier, Montana, United States in 1941. She died on 13 August 1965, in Provo, Utah, Utah, United States, at the age of 83, and was buried in Cardston Cemetery, Cardston, Cardston, Alberta, Canada.

English: from a pet form of the personal name Will , a short form of William . In some instances a variant of Wiley .

My Brother Roy Willey by Luella Willey Mitchell I remember some of his boyhood days. I remember the long cold winters when I was about ten years old. Roy got fathers black horse his name was Old Morg …

Put your face in a costume from Armenia's homelands.