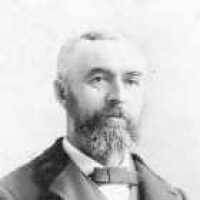 The Life Summary of James Wilson

When James Wilson Nibley was born on 16 November 1840, in Whitburn, West Lothian, Scotland, United Kingdom, his father, James Nibley, was 30 and his mother, Jean Wilson, was 25. He married Elizabeth Russell Archibald on 20 January 1865, in Salt Lake City, Salt Lake, Utah, United States. They were the parents of at least 5 sons and 2 daughters. He lived in Newbattle, Midlothian, Scotland, United Kingdom in 1841. He died on 2 August 1896, in Baker City, Baker, Oregon, United States, at the age of 55, and was buried in Baker City, Baker, Oregon, United States.

Put your face in a costume from James Wilson's homelands.

San Francisco, Calif. March 21st. 1920. My dear Virgil:- Your joint card came to hand several days ago and on account of being out of town most of the time and being very busy have had no opportu …