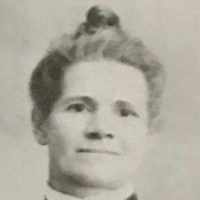 The Life Summary of Margaret Hutchinson

Put your face in a costume from Margaret Hutchinson's homelands.

Margaret Hutchinson Eccles was born on 24 July 1857 in Paisley,Rerfrewshire, Scotland to William and Sarah Hutchinson Eccles. She was the seventh of eight children, two girls and six boys. They were …